MMA Insight
Home ARTICLES the aftermath articles: 6 fighters and what they gained or lost... 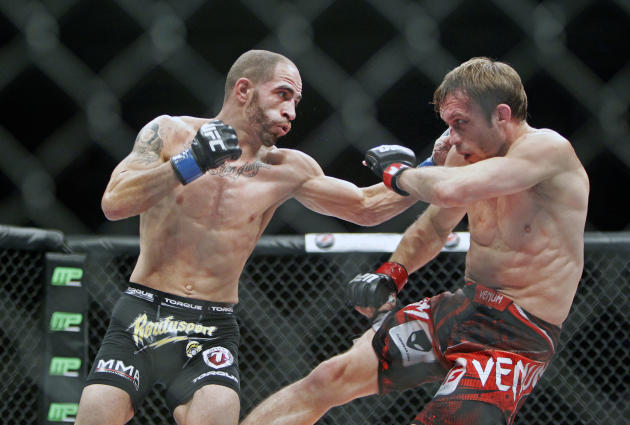 Brad Pickett lost relevancy and the right to be called “one punch.”

Out of his last five outings all five fight have gone to a decision.  He is getting older and those grueling matches that have all gone to a decision are starting to take their toll. It is hard to land that one punch when everyone is faster than him. Camus fought with his hands down, confident that he had the speed advantage. He didn’t do much with that speed advantage, aside from making Pickett miss. Camus landed little offense of his own in that fight. It was close, and that 30-27 score from one judge was not completely unjustifiable. Pickett has not scored a knock out in over two years.  His only loses at bantamweight were against former champions or contenders. He should move back up and fight in the slower weight class and start landing that one punch again.

Chris Weidman Desperately Seeking A Win At UFC On ESPN+ 32

Ross Cole - August 6, 2020
Chris Weidman has had a rough few few years in the Octagon, posting just one win from his last six fights since his heyday...

Yair Rodriguez Is Out Of Headliner Against Zabit Magomedsharipov On August...