MMA Insight
Home ARTICLES What to do about UFC Fight Night 65? It was a great night of MMA fighting in UFC Fight Night 65 with plenty of impressive knock outs and submission. 3 out of 4 fights of the main card and were concluded within the first round and only 2 out of the 8 prelim fights ran through the full 3 rounds. Both Australian female fighter Alex Chambers and Bec Rawlings came home triumph. Alas the same could not be said about the Australian male fighters.

Robert Whittaker (Kiwi) leads the group with his beautiful 44 seconds first found knock out, followed closely by Daniel Hooker (also Kiwi) in his 2nd round knock out win.  Kyle Noke, the only Australian male fighter who was victorious won by split decision, hardly the fight of the night. 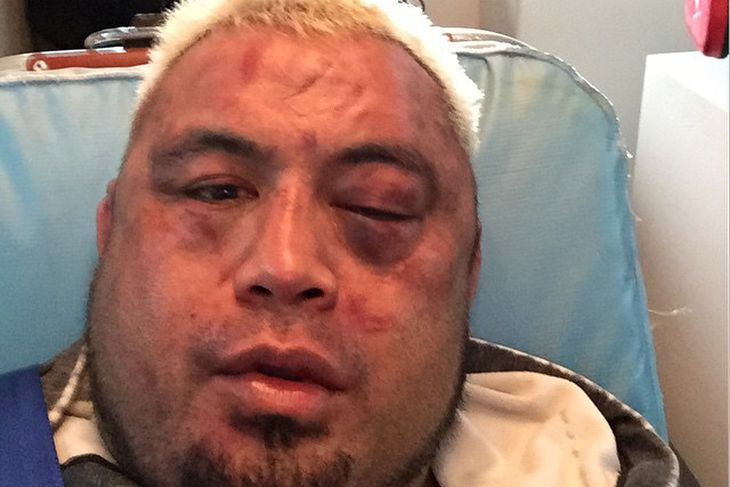 In the ‘runner up’ category, poor Mark Hunt lead the way with taking on a record breaking number of punches in a fight, a frightening 361. It was quite apparent from the first round that Hunt was getting nowhere with Stipe Miocic, Hunt’s movement looking flat and always a step behind Miocic. By the third and fourth round it was clear that the fight was not going to change in direction. Being the trouper he was, Hunt hang on till the fifth and final round before the referee John Sharp decided he had finally seen enough. Never mind losing the match, after UFC had spent years trying to convince different states in Australia, Adelaide opens with such a brutal headliner match that swiftly made other news headlines criticising the brutality of the sport.

On the positive note, both female strawweight fighters Alex Chambers and Bec Rawling had their first UFC win. Chambers’ win against Kailin Curran demonstrated her incredible ability to turn the tide, both in the fight and her UFC career. Curran definitely had the upper hand in the first two round and she went into the third round still dominant with barely a scratch while Chambers was bloodied and bruised. Halfway through the round in a take down Chambers caught Curran’s arm and hang on for dear life for over a minute before finally defeating Curran in an armbar scoring Australia’s first submission win for the night.

Bec Rawling followed closely with the 2nd submission win. Rawlings and Lisa Ellis, both mothers fighting on Mother’s day (in Australia) added a bit of extra colour to the fight. Their social media exchange about who is the better mother add a lot of fire to their bout. Like Chambers, Rawling’s start was shakey and she suffered a cut eyebrow quite early on. Rawlings was gunning for a knock out fight, trying hard to punch the lights out of an opponent who dared tell her she is a bad mother. Eventually Rawlings won with a rear naked choke less than a minute before the end of the first round.

The two girls probably thought they had opened up a great night of wins for Australia. Alas the submission wins started and pretty much ended with them.

What to do about a rather disastrous night for Australian fighters? Better luck in Melbourne for UFC 193.