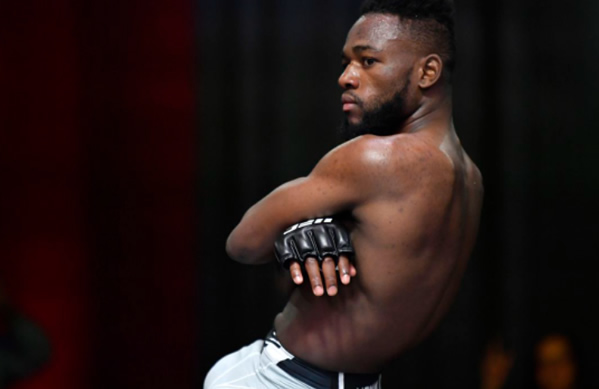 Manel Kape is out of his fight with Su Madaerji on Saturday night’s UFC Fight Night event in Las Vegas, but while it was initially claimed that this was due to ‘personal reasons’, a since deleted post from the fighter himself tells a different story.

In the deleted post on Twitter Kape had explained that he had tested positive for trace amounts of turinabol metabolites, a type of steroid. However, along with denying ever knowingly having taken it, Kape also notes that he is not actually suspended as a result of the test, but it has forced him to pull out of the event and that he’ll now have to undergo six months of testing to monitor his levels of the metabolite in his system.

“I want everyone to hear directly from me why I won’t be fighting this Saturday,” Kape wrote on Twitter. “I was shocked yesterday afternoon to receive a call from the UFC, telling me that the sample I provided to USADA on April 9th returned with a positive finding of 17 picograms per ml of the long term metabolite of DHCMT, called M3. I will start by stating unequivocally that I did not intentionally use DHCMT nor any other prohibited substance for that matter. I have zero idea how this got in my system. I have never had an issue with a previous test under this program and it is ridiculous to think I would intentionally use a prohibited substance (DHCMT) where it’s long term metabolite would remain in my system for months and sometimes years, as I am aware it often does.

“Overnight, I have already learned much about this metabolite called M3. I know that several years ago the UFC changed their anti-doping program rules and instituted a 100 picogram per ml “threshold” for the M3 metabolite that must be exceeded in order to be a violation of the program. This is very important for me to note, I have not been charged with any violation or been sanctioned or suspended by anyone concerning this finding. However, I have also learned that the Nevada Athletic Commission has been handling these cases over the last couple of years by requiring any fighters with any levels of the M3 metabolite, to enter into a 6 month extensive testing program to study the presence and levels of M3 in their system. While I am disappointed that I will not be able to fight in Nevada this weekend and likely for the next six months, I will of course adhere to this study by the Nevada Athletic Commission because I have nothing to hide.

“I have also learned overnight that I am not alone in this situation. I know that numerous UFC fighters have been in a similar situation as me, having a low levels of M3 in their system without any idea of how in got in their system. I also know that this issue is not unique to the UFC. I have also learned that numerous other professional athletes, including many Major League Baseball players, have been faced with this issue. While I will do everything in my power to come up with an answer. I know that often answers are never found as it relates to these low level cases of the M3 metabolite. I am grateful that the UFC program acknowledged this issue with the M3 metabolite and adjusted their program accordingly. I will cooperate with the Nevada Athletic Commission and do whatever they need me to do to acquire a license to fight. I look forward to my fans watching me again in the Octagon soon.”

Kape, who is coming off back-to-back wins in the Octagon, is not the first fighter to run into issues with turinabol metabolites, with perhaps the most infamous example being when Jon Jones tested positive for the same substance following a title fight with Daniel Cormier, leading to his victory being overturned and his title being stripped.

Jones was initially facing a four-year suspension from the sport, but that was later amended to just 15 months after he provided “substantial assistance” to USADA about another athlete in relation to a doping violation, with another three months being removed from the sentence afterwards by an independent arbitrator.

The UFC’s anti-doping rules have changed since then, which is why Kape is now facing a period of monitoring rather than a suspension.