The book documents Rousey’s whirlwind life to date, covering both her initial success as an Olympic medalist in Judo at Beijing in 2008 and her transition to mixed martial arts which led to her current status as an undefeated world champion in the UFC who’s widely considered to be the greatest female fighter of all-time.

There’s far more to Rousey’s story than just that though. For instance, she almost died at birth which left her with brain damage and unable to speak until the age of four, her father committed suicide when she was just eight, and she battled with marijuana and painkiller addiction in her teens.

Throw in the influence of her mom – a decorated Judo champ herself – who took a tough-love approach which helped mould her into the unstoppable force she is today, her bad relationship choices and the fact that she rose above it all and became not only as a UFC fighter, but also as a rising Hollywood star, and you’ve got yourself a great story.

‘My Fight / Your Fight’ is available now from amazon.com and all other good stockists. See below for the book cover and official publisher’s description. 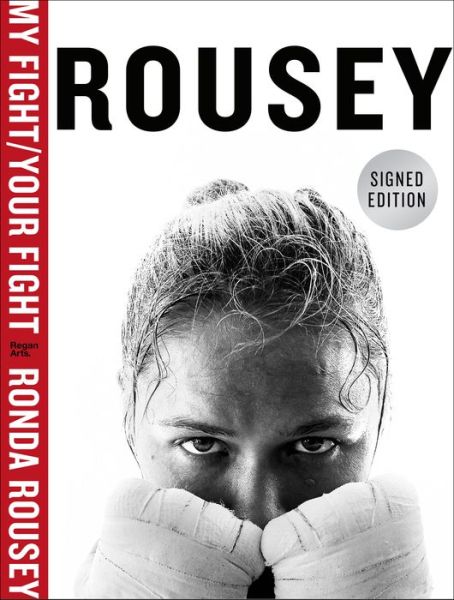 Marked by her signature charm, barbed wit, and undeniable power, Rousey’s account of the toughest fights of her life—in and outside the Octagon—reveals the painful loss of her father when she was eight years old, the intensity of her judo training, her battles with love, her meteoric rise to fame, the secret behind her undefeated UFC record, and what it takes to become the toughest woman on Earth. Rousey shares hard-won lessons on how to be the best at what you do, including how to find fulfillment in the sacrifices, how to turn limitations into opportunities, and how to be the best on your worst day.

Packed with raw emotion, drama, and wisdom this is an unforgettable book by one of the most remarkable women in the world.”

UFC 270 takes place tomorrow night in Anaheim, California and we've got our predictions for all the fights below. Main Card Francis Ngannou vs Ciryl Gane The...
Read more
MMA & UFC NEWS

The UFC 270 weigh-ins have now taken place in Anaheim ahead of tomorrow night's event and you can see what all the fighters tipped...
Read more
MMA & UFC NEWS

Anthony Smith: Khamzat Chimaev Rumored To Have Been Ragdolling 205lb’ers For Years