Eric Kelly has been forced out of his title match against reigning featherweight champion, Koji Oishi. The 11-1 featherweight powerhouse from the Philippines has not fully recovered from the broken nose he suffered at the hands of “Ruthless” Rob Lisita during last month’s WAR OF DRAGONS’ main event.

Replacing Kelly will be Mongolia’s, Narantungalag Jadambaa. Jadambaa (9-3-0) made his ONE FC debut last May at HONOR AND GLORY where he defeated former featherweight champion, Honorio Bonario – the very man Koji defeated to win his title.

Though the event will only feature nine fights (as opposed to ONE’s usual ten-fight card), one-third of those fights will be title fights. They will also feature some of the most famous names in MMA, such as Shinya Aoki and Ben Askren.

The entire fight card is listed below: 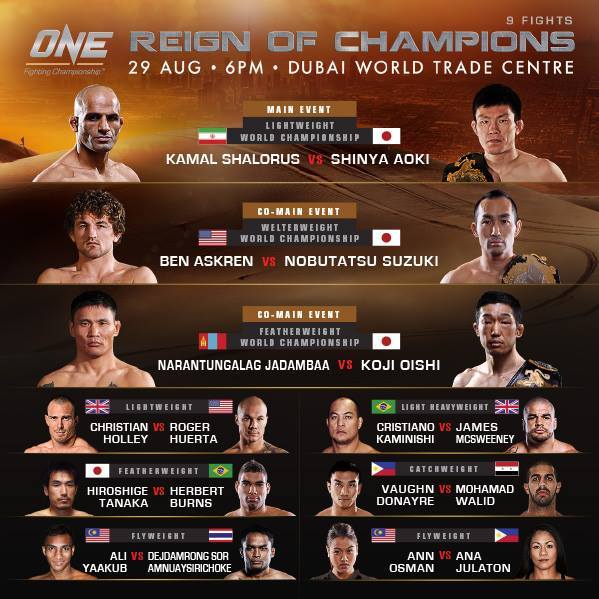