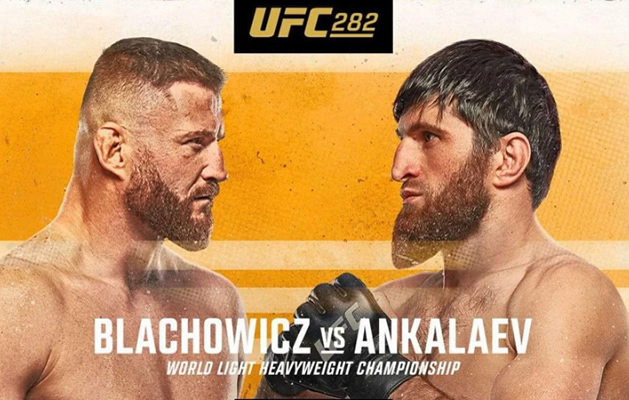 With UFC 282 just days away, the anticipation and excitement regarding this huge PPV event is continuing to build with each passing day, especially as the fight card is stacked with some of the best male athletes throughout the promotion.

The event is scheduled to take place on December 10 at the T-Mobile Arena in Las Vegas, Nevada, and there will be many all around the world that will be tuning in and watching as they anticipate some of the best MMA possible.

Indeed, with a card that headlines a bout between Jan Błachowicz & Magomed Ankalaev for the vacant Light Heavyweight Championship, it is perhaps hardly a surprise that many will feel that there are a number of opportunities in which they can bet on the event with a sportsbook like Betway and enjoy the potential jackpots that are on offer if they are successful.

There is no shortage of quality fights to look forward to for fans, though, as the card features 14 fights that will see a variety of different competitors all take to the Octagon in the quest to win and propel their careers further forward within UFC.

Perhaps the only blemish on the UFC 282 card is the fact that the scheduled bout between Jiří Procházka and Glover Teixeira has had to be cancelled, following a shoulder injury suffered by the talented Czech. The match would have been a rematch of the UFC 275 contest in which he was able to make the Brazilian submit.

Nonetheless, while some fans who may have been considering wagering on UFC 282 with Betway may have been disappointed that a particular fight had to be cancelled, the headline event of the PPV is one that will certainly have many interested.

Indeed, a truly potential epic contest between Jan Błachowicz & Magomed Ankalaev awaits fans as they battle for the vacant Light Heavyweight Championship in a match that many feel that Ankalaev will win, thus claiming the gold.

The Russian has been impressive in the Octagon since making his UFC debut, having achieved a record of 18-1-0 and climbed to #4 in the Light Heavyweight worldwide rankings. Notwithstanding, though, Błachowicz is going to be a tough proposition, even if he is almost 10 years older than his opponent. The Polish fighter is the No. #3 in the world at the same weight division, while he has a record of 29-9-0. Nonetheless, many feel it is time for the Russian to dominate the weight class and he will assert his dominance in the upcoming encounter.

What other fights are worth watching at UFC 282?

Elsewhere on the card is the contest between Paddy Pimblett and Jared Gordon, with many interested to see how far the Englishman can go with his UFC career, while fellow Englishman Darren Till will take on South African Dricus Du Plessis in a Middleweight clash.

Another fight that is perhaps worth noting, especially for punters who may be interested in using Betway to place a bet on the fight, is the match between Bryce Mitchell & Ilia Topuria. Both fighters are currently undefeated after 15 and 12 fights respectively, therefore there is the possibility to see some exceptional cage fighting when they take to the Octagon on Saturday night.