Kudos to Sarah Kaufman, for accepting a fight that she had so little to gain from and much to lose should the worst happens.  There can only be one triumph in each fight and while each fighter goes into the Octagon hoping to win, usually a loss could still mean a gain in experience with a different styled fighter or at least positive publicity. Kaufman had been out of sight for over a year and was paired with Davis possibly because in Kaufman’s words “It was like, ‘OK, you and Alexis, we’ll just throw you together, because we really don’t know what to do with you’ is kind of what it felt like.” It was a surprise she accepted the fight since it was a ‘lose-lose’ situation for her – she loses if she lost, she’ll still lose if she wins. Alas for her not only did she lost the match but the chance to lock in that certainty that she was a better fighter than Davis. 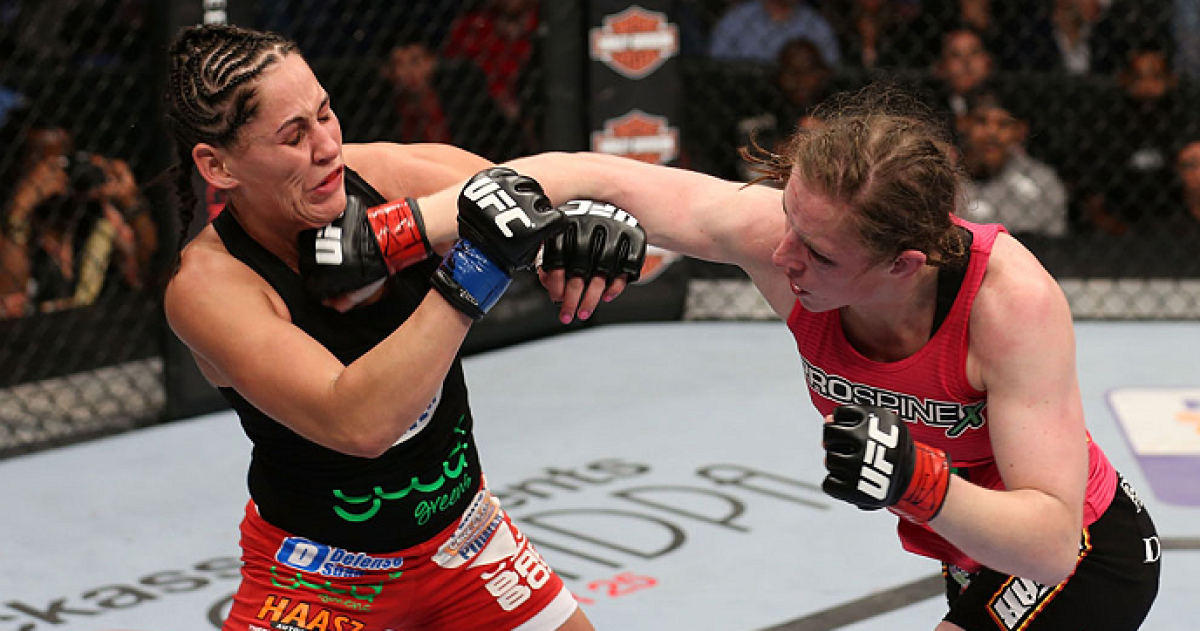