Home ARTICLES The Aftermath Articles UFN 58: 4 winners with questions about where they... 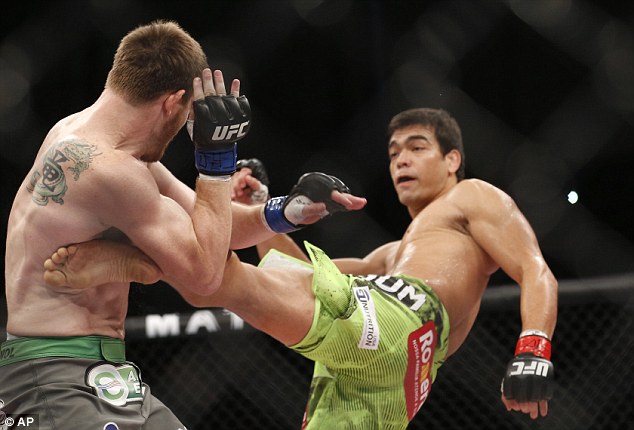 Everyone knew this was a bit of a mismatch, but their were chances of an upset, Dollaway is tough. Dollaway came out fast and tried to put the pressure on Machida with head hunting, then landed one leg kick and finally missed an attempt at a head kick. One minute and three exchanges were all it took for the dragon to find the timing and deliver a fight ending body kick.  Machida was stating before the match he wanted to be aggressive. Are other fighters just that much tougher than Dollaway or did Machida put more power and conviction on this kick to end it quickly?  He has landed that same early body kick in virtually every one of his fights.  Either way Lyoto proved that even though he has two title losses with his two title wins he is still truly elite and a win against him holds some weight. Will fighting like that work with Chirs Wediman? Is it possible to stop the pressure of Weidman with more pressure? If he is able to strike early can he slow down the All Americana long enough to start playing the dragon’s game? Let Machida knock off one more slightly higher ranked contender like Luke Rockhold  and we can talk about a rematch.