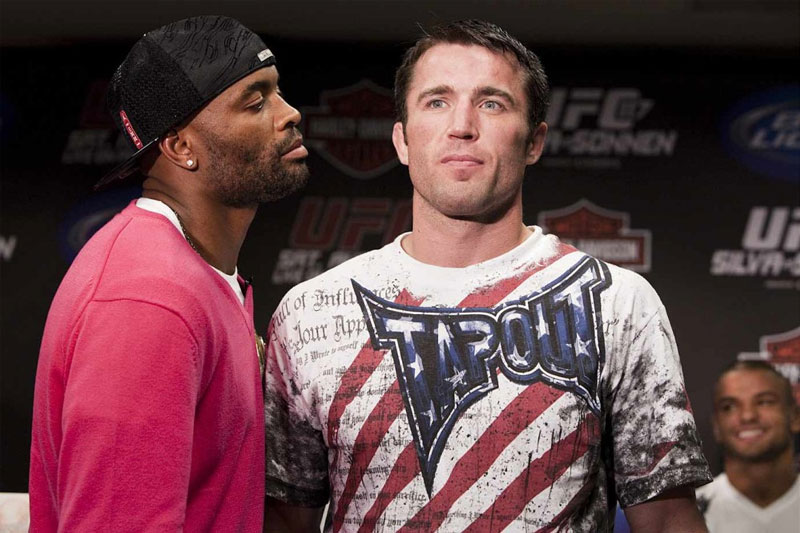 Anderson “Spider” Silva and Chael Sonnen met two times for the UFC Middleweight Championship and each time, the two men were intense as ever during their stare downs. This stare down in particular occurred prior to their first meeting at UFC 117, which saw Sonnen verbally assault Silva, his home country, and basically everything about the champion. In this stare down, Sonnen looked defiant, while Silva was visually angry with his challenger. When they stepped into the Octagon, Sonnen controlled the fight, but got caught in a Triangle Armbar and Silva successfully defended his title.