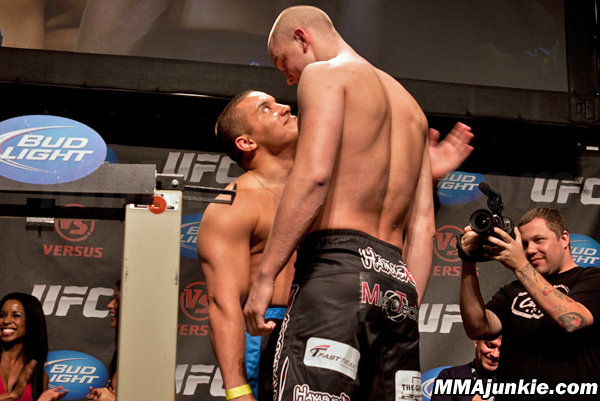 While most of the stare downs on this list made the cut because there was bad blood between the two fighters, this stare down was selected because of the hilarious images that ensued following their stare down. Prior to their fight at UFC Live: Cruz vs. Johnson in 2011, 5 foot, 11 inch, Barry stood face to chest against the 7 foot, 1 inch, tall Struve. Always considered a heavyweight prospect, Struve would go on to win this fight via Triangle Armbar. 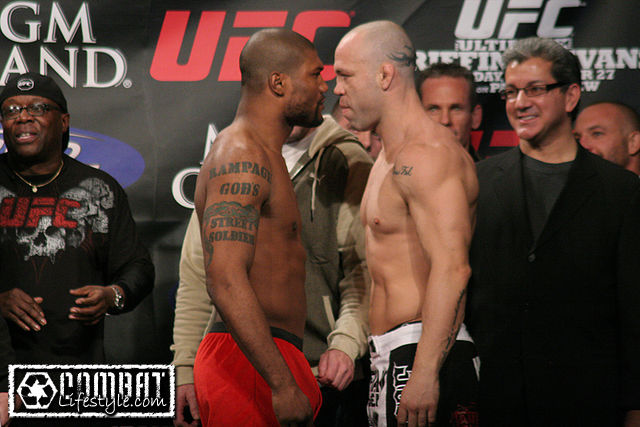 Making this list for the second time is Quinton “Rampage” Jackson. This time, it was a stare down from his time in PRIDE, when he fought for the PRIDE Middleweight Championship against Wanderlei Silva. Before what ended up being the fight of the year took place, these two men took to the center of the ring in Saitama, Japan, and had one of the best stare downs in MMA history. With his typical angry expression, Jackson stood face-to-face with Silva and his typical smile and bounce. In the second round, “The Axe Murderer” would knock out Jackson to win the title, giving him his second straight victory against Rampage.

UFC hall-of-famer Don Frye was in attendance at UFC 270 this past Saturday night and it seems the long-since retired star still likes to...
Read more
MMA & UFC NEWS

UFC heavyweight champion Francis Ngannou was warned by doctor's and even his own head coach not to fight Ciryl Gane at UFC 270 this...
Read more
MMA & UFC NEWS

Below you can watch the official trailer for next month's UFC 271 middleweight title rematch headliner between Israel Adesanya and Robert Whittaker. https://www.youtube.com/watch?v=njZ4j9o9ha8
Read more