MMA Insight
Home ARTICLES Herrig vs VanZant: Beauty is skin deep, or do we care? 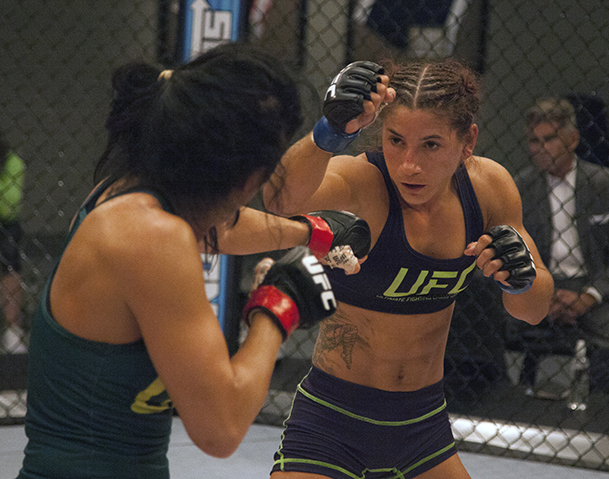 Both Herrig and VanZant fought Tecia “The Tiny Tornado” Torres and both lost. While Torres had beaten the two (and in fact all her professional MMA fights) by decision, she was clearly the dominant fighter in both matches. Torres’ black belt in Karate and Taekwondo had given Herrig’s 28 professional kickboxing record a good run for her money. Ultimately Torres’ south paw stance as described by the commentator as “Public enemy number one” possibly frustrated Herrig to no end. VanZant vs Torres was, on the other hand, a sheer match of endurance – VanZant enduring till the end without getting knocked out. Enough is said.