UFC is back in Australia for the first time in 2015. Adelaide is not only the unofficial ‘warm up’ session for UFC’s premiere in Melbourne November this year, UFC Fight Night 65 is very much also an ‘audition’ for Australian fighters who wants to be considered for the fight card of UFC 193.

While everything else in the pugilistic world is temporarily outshined by the Fight of the Century Mayweather vs Pacquiao, martial arts spectators will more than likely turn back to UFC come May 3rd to fill their void. 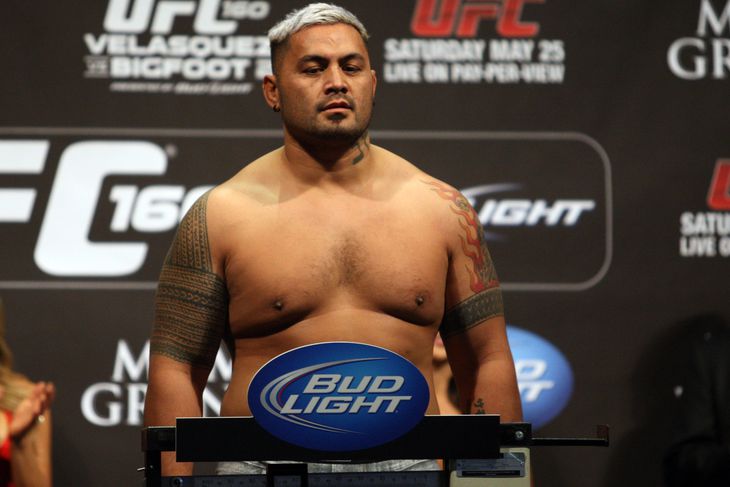 The Boy Next Door

For the unlikely few who is not familiar with Mark Hunt, this New Zealander is not one to impress with numbers or looks. While he is ranked number 5 contender for the UFC Heavyweight title, his professional MMA record is a fair balance of 10 wins, 9 loss and a draw. Hunt does not carry a sculpted body and has never looked any different from that large framed man who lives next door in a typical suburban family house. It is perhaps for that reason he is much adored by spectators because as a fighter he is very accessible to the people. Yet in the Octagon he puts on a fantastic show, never afraid to take on big names such as Mirko Filipović and Antônio Silva, often at a last minutes notice. He had won countless awards such as ‘Fight of the Night’, ‘Knock out of the night’ and is ranked by many as their top ‘Knock Out Artist’.

UFC hall-of-famer Don Frye was in attendance at UFC 270 this past Saturday night and it seems the long-since retired star still likes to...
Read more
MMA & UFC NEWS

UFC heavyweight champion Francis Ngannou was warned by doctor's and even his own head coach not to fight Ciryl Gane at UFC 270 this...
Read more
MMA & UFC NEWS

Arnold Allen will be on home soil for his next fight when he takes on Dan Hooker at UFC Fight Night 204 in London,...
Read more
BELLATOR MMA NEWS & RESULTS

Former UFC and Bellator fighter Maquiel Falcao has died after being stabbed outside a bar in his hometown of Pelotas in Brazil. The incident is...
Read more