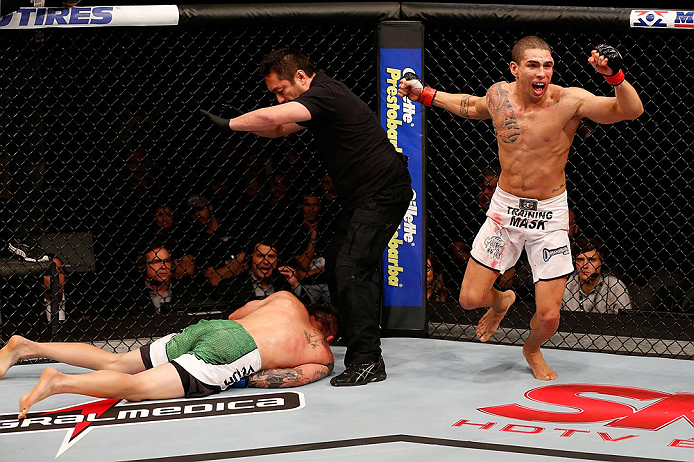 Martins made his UFC debut on short notice in January last year, when he was called up to replace Justin Salas against feared striker Edson Barboza.

It was a tall order, and the Brazilian suffered his first MMA loss after being quickly decimated by his fellow countryman. That did not deter Martins, however. In fact, the loss seemed to make him want to improve quicker and get back to winning ways.

That is exactly what he has done as Martins has gone 3-0 since the loss against Barboza. He has beaten, and finished Jeremy Larsen, Junior Hernandez and Alex White to take his overall MMA record to 15-1.

Martins is set to face Darren Elkins at UFC 179 later this month. It will be a Main Card fight, which will help propel Martins into top contention should be continue his recent dominant run in the Octagon.