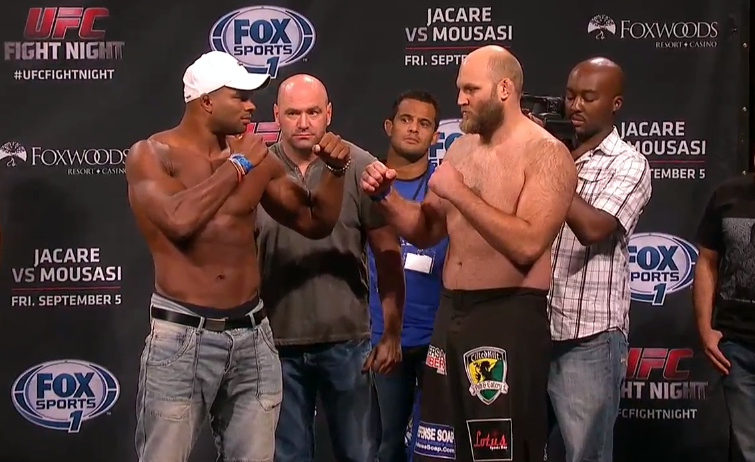 Overeem’s latest loss came at UFC Fight Night 50 last Friday (September 5, 2014) from Foxwoods Resort Casino in Ledyard, Connecticut. Overeem was a big favorite going in, and he clearly had the speed and striking skill on “Big” Ben.

Overeem even broke Rothwell’s right arm with a first round kick. He was dancing in and out of the pocket while throwing a multitude of crisp strikes, but in the end, it only took one to seal his fate.

“The Reem” ate a massive straight right to the temple, throwing off his equilibrium and allowing Rothwell to swarm in for the kill. It was Overeem’s third knockout loss in four fights, and all three losses were in fights he was winning up until he was knocked out.

This loss may have sealed the deal on Overeem as a legitimate contender in the UFC. He’s going to have to pull off something truly special to convince us that isn’t the case. Can he do that at this point? Probably not.