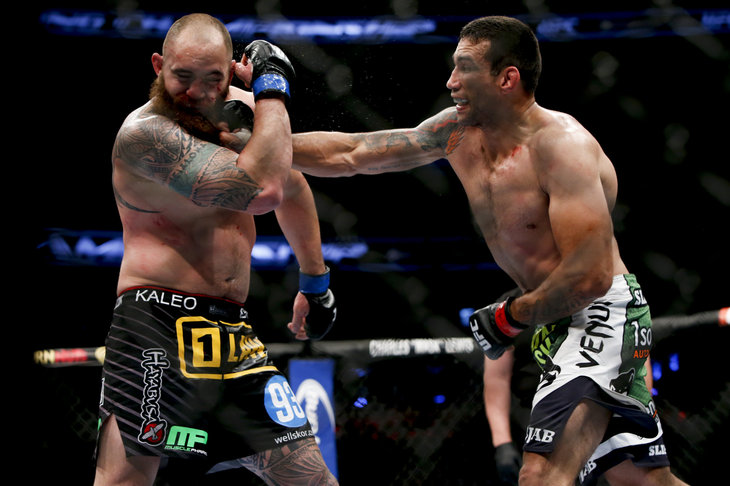 One of the least talked-about dynamics of this fight is Werdum’s developing stand-up. He’s matured at a rapid pace under Muay Thai champion Rafael Cordeiro, evident by his one-sided win over Browne.

Werdum also destroyed Nelson and Mike Russow with his stand-up, and while those two are nowhere near Hunt in terms of overall striking, there’s a chance that Werdum will use his three-inch reach edge to pick Hunt apart from the outside. He has the skills and diversity to do just that.

Browne was considered a knockout artist who couldn’t be stopped after picking up three straight post-fight bonuses for his finishes over Gabriel Gonzaga, Alistair Overeem, and Josh Barnett.

Werdum proved his striking can hang with (and neutralize) big knockout power, so the same thing could play out in Mexico City, especially with Werdum acclimated to the altitude.

Does that mean that Werdum should stand and trade with arguably the most heavy-handed fighter in the world? Probably not, but if he can’t the bout to the ground early, all is not lost for Werdum.

On the opposite side of the coin, it’s more difficult to say the same if Hunt cannot keep the fight standing.