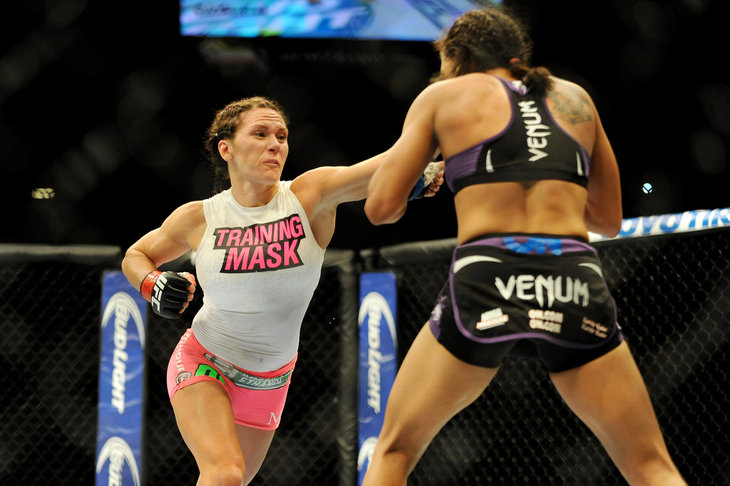 2.  Does Cat Zingano deserve a shot after only one fight back?

This one isn’t as strong as a case for Dominikck Cruz, but Cat showed some serious heart and vicious ground and pound in her fight against Amanda Nunes.  After watching that fight this author is willing to say that Cat Zingano has the best chin in the women’s division. She took some big shots and stayed with it enough to intelligently defend herself. Cat might be the most well-balanced fighter in the women’s bantamweight division too.  The problem is, she may deserve a shot at Ronda, but she probably won’t beat her.  If Nunes can get her down in the first round, so can Ronda. Once Ronda gets you down it is only a matter of time before the arm bar comes out. A great chin or a brawler won’t be what beats Ronda. The one to defeat Rowdy will have a perfect five round fight, staying on the outside and picking her apart, never getting close enough for her judo to be effective.  Cat does some of her best work from the clinch. Her takedowns and knees help her end fights in brutal fashion.  Ronda also does her best work from the clench and has shown she can end fights faster than Cat can.  Zingano may deserve this shot, and maybe even earn a second one, but she needs to be careful that in a year I or someone else is not writing an article asking, is Cat Zingano officially the gatekeeper to the title?